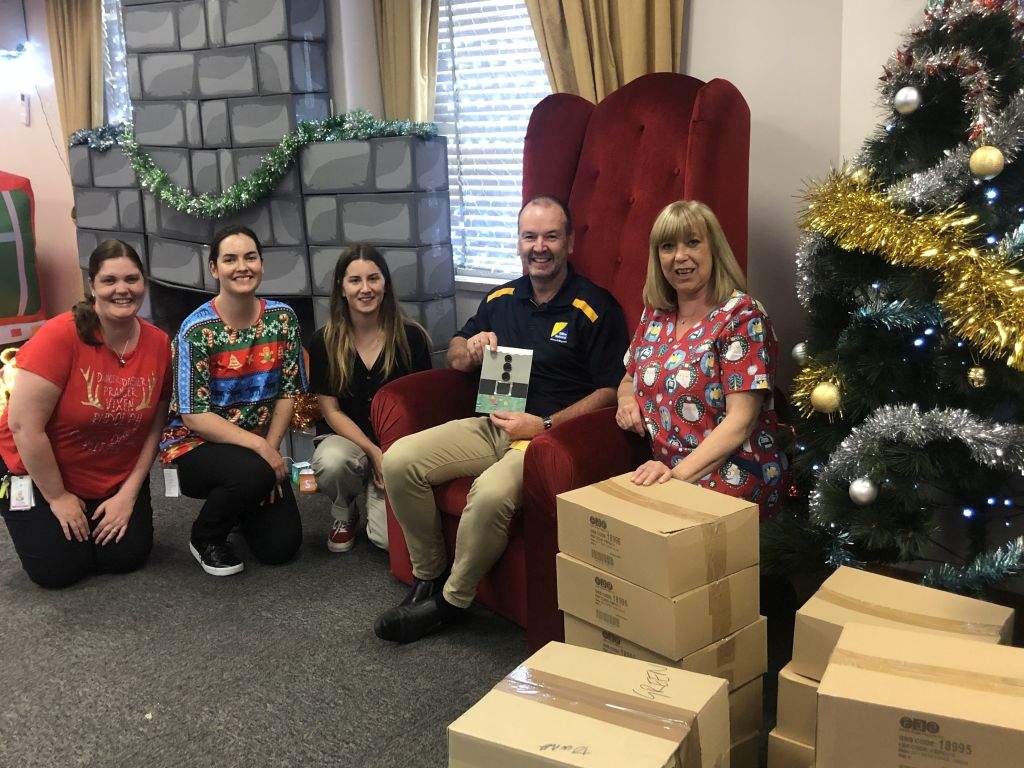 Our Town & Country Office National owners Matt and Sinead Strawbridge have donated $40,000 worth of stationery to various children’s charities with the support of several other fellow Office Brands members.

The Strawbridges, long-time supporters of the Australian Office Products Charitable Fund, have extended their helping hand with the support of SBA Office National (Darwin), Total Office National (Melbourne) Limestone Coast Office National (Naracoorte) and OT&C’s two stores in Alice Springs and Adelaide.
The $40,000 donation of stationery resulted in:
The Strawbridges have also sent 100 gift packs to the hospital’s paediatric ward in Alice Springs while Andrew and Seona Dayman (sister of Sinead Strawbridge) at OT&C in Adelaide have sent more than 200 gift sets to the Women's and Children's Hospital in Adelaide for the children for Christmas.
Northline Freight delivered the pallets on behalf of the Office Brands members and also freighted the pallets to AOPCF director John Donaghy’s Discount Office National for the drought-affected schools project initiated by the Australian Office Products Charitable Fund.
Office Brands CEO Gavin Ward has praised the efforts of Our Town & Country Office National and other members of the group in supporting the charity initiatives.
“The world is certainly a better place for the selfless effort all of those involved put into these events,” he said. “What a difference the donations will make this Christmas.”