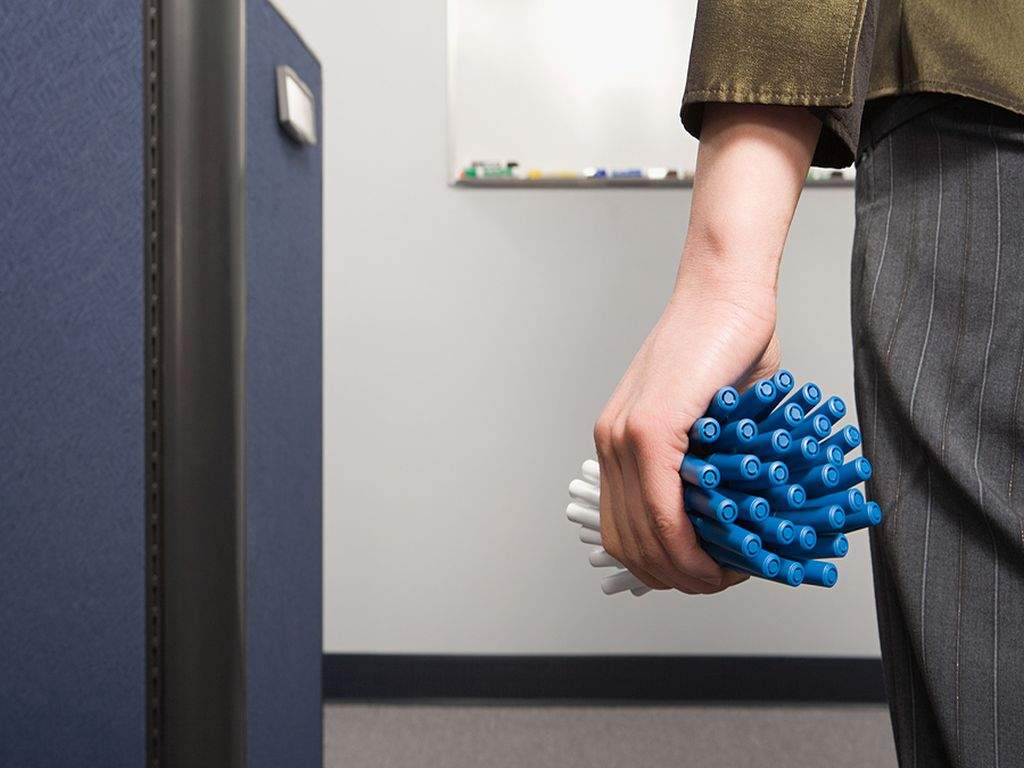 Why employees raid the stationery cupboard

New report says it is not a case of kleptomania.

Employees who pilfer office supplies do so as an outlet for expressing discontent in the workplace, according to a new research report.

According to the Mint report, when employees habitually indulge in taking office supplies out of office, it could be an indicator of a larger issue troubling them.
Psychologists believe that such behaviour is different from kleptomania, which is an irrational impulse to steal things without the intention of profit.
Often, when people are indulging in pilfering office supplies, they are wholly aware of their actions, and it can be seen as an outlet for expressing discontent at the workplace.
While trivial on the surface, stealing office supplies could indicate that the employee feels that they have been wronged by the organisation and have given up on the shared values that it stands for.
They take it up on themselves to breach of the social and psychological contract implicitly followed in the workspace, as revenge for the wrongs carried out against them
The report states that before any intervention from upper levels of management, it would be more prudent for colleagues to hear out the employee carrying out the thefts.
Aside from monetary compensation, people work and stay on in organisations for a certain sense of fulfillment, and an honest dialogue will help in understanding where the person is not receiving it. If left unchecked, this behaviour gets acceptability from others and ultimately, harms the trust, morale and productivity at the workplace.
Two-thirds of Britons steal from office
A recent of survey by Kit Out My Office of more than 2000  British office workers revealed that 67 per cent had stolen things from their workplace.
The top five stolen items were: